Most of us want to find an online marketplace where we can make money.

Some of us spend a lot of time and energy to break into heavily competitive arenas. Weight loss is such a global industry. Good luck trying to be top dog there!

But there is one product type that many, many people shy away from.

It’s a product type that has made Prosperative many tens of millions of dollars. And it’s easier than you might imagine.

I’m talking about producing software products. One of the many hats I’ve worn over the years was as a systems analyst and computer coder. I made some big money in my time doing that, but it was hard work. 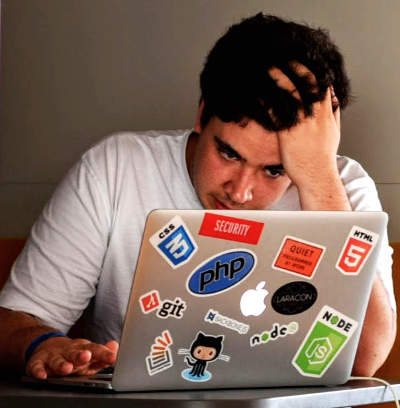 The systems I wrote were big and complex and I did it all myself. I sought no outside help. The legal system I wrote took me many years, including most weekends and many late evenings. I was very proud of it, but it was exhausting to produce. I had the complete idea for it much faster than it took me to produce it.

That was then. This is now.

But the first software I sold online, I didn’t even code. I came up with an idea and I paid somebody to code it for me. It was one of the early days of the “gig” economy, where you pay someone to do a specific job for you and that’s it.

I paid a couple of hundred dollars to have an application made. Before I requested quotes for the work I had no idea what it would cost. I thought it might cost me thousands. Turns out it was much cheaper than I could even have hoped for.

I learned a great deal about having software made for me during that time. One of the things I learned was that (generally speaking) computer coders want to code. They don’t want to come up with the original ideas. If they did, they’d do that wouldn’t they? No, they want to be told what to do and then they’ll do it.

Another key thing I learned was that you have to be very clear about what you want. Tell your coder what you want – don’t make them guess!

I also learned that there are pitfalls when you first hire someone to make an application for you.

The return on the money I invested in my simple piece of software was very welcome. My software did a simple job and did it in a simple way. That’s what people really want, you know. They are looking to reduce their simplicity, not increase it. 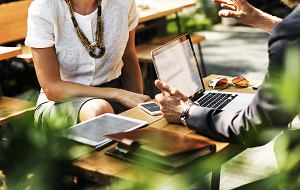 After that I hired a programmer to create a string of products for me. They were all simple and functional. And they shared a common base of coding, which made it easier to build on.

But for many people the idea of having software made is scary. They don’t think they can come up with an idea (you can, I promise you).

They don’t think they can find someone to implement it (there’s a long queue of people waiting to implement it for you). They are scared that it will cost too much. That last fear is a sensible one. It’s easy to let development costs run away with you, if you have no experience. 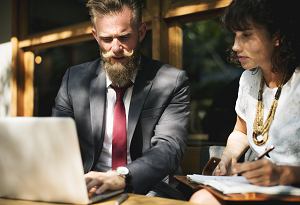 You probably have all the knowledge and ideas you need to come up with a good piece of software. Anything that would make your life easier might make someone else’s life easier too. And it doesn’t matter if someone else has done it before you. There is always room for another good software application. Just think about software notepads. There are tons of them.

Think about operating systems – Windows, Mac OS, Linux, iOs, Android. The very fact that a product exists and sells is a good indication to you that *yours* could sell, too. That’s why supermarkets have more than one TV brand, more than one brand of coffee, cornflakes, bread, sugar – the list goes on.

Never worry that being second in the marketplace is no good. Just ask Pepsi if they’d give up the billions of dollars they make from being second to Coke. They’re not software applications, but they are competing products – and the same rules apply to software products.

So how do you get into this? Well the first step is to have an idea. And if you can find something that you do in your daily life that can be made easier with software, other people are likely to feel the same way. How many times a day does something frustrate you, when you’re trying to do something on your computer? If you had a solution for that frustration, would you pay a few dollars for an easier life? I would and I do.

The best part, for me, about software development is that you can have other people doing it for you. Your job is to tell them, as clearly as you can, what you want. Their job is to create it.

That means you’re free to do other things with your time. It may be enjoying your favorite coffee. It may be planning your next application. It might even be enjoying a vacation.

The work can continue no matter what you’re doing. It’s a way of cloning yourself so you can achieve more with the fixed time you have every day. You’ll never have more than 24 hours a day

Even if the sight of code makes you dizzy, that does not matter.

You don’t have to be a coder.

You get to be the boss and let your worker do the work for you.

If you’ve never considered creating software applications for your business model, at least think about it. The next big idea may come from you. And if it doesn’t, it just may turn out to be the next simple idea that just makes life a bit easier. Someone had to invent copy and paste and it’s used millions of times a day. It’s not a huge difficult concept – but it’s a huge help on a day to day basis.

Your own life experience, doing the things you do online, can become the genesis for a single product, or an entire range of products.

Whether you want to launch a low cost $47 product, or a high ticket multi-thousand dollar application, there are coders out there who can make it happen for you.

You just have to find them (and avoid the traps for the unwary).